Watch I’m A Celebrity … Get Me Out Of Here Abroad 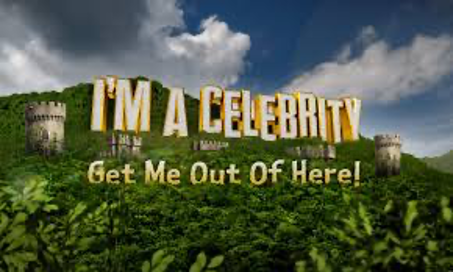 Watch I’m A Celebrity Get Me Out Of Here abroad live on ITV on Every day for the next 2 weeks at 21:00 UK time or catchup on the last show using ITV Hub via your WatchUKTVAbroad.net connection from anywhere in the world. Not a subscriber yet?  Join now from just £3.99 >

I’m A Celebrity Get Me Out Of Here is back on our screens with a bit of a change of location but a great line-up of celebs!

I’m A Celebrity is back for its 20th series.  The celebrities arrived on Sunday15th November at their new home, Gwrych Castle in North Wales.  This year they will be competing for the title of King or Queen of The Castle. Maybe a different colder location but still some truly scarry trials ahead for our Celebs which will most definitely challenge their fears as we have already seen on the day of arrival.

Some are doing slightly better than others however… ahem, Radio 1 DJ Jordan North.

The show has only been going a few days, but already fans have seen some interesting moments, from Mo Farah’s midnight bed relocation to Jordan’s near-breakdown as he faced the Viper Vault task and entertaining us all with his “Happy Place”!

Check out this years Celebs line up ready to be King Or Queen of The Castle.

Don’t miss out on all drama as some of the spotlight will be taken off Jordan, as two new celebs join the camp from November 18th. Actress Ruthie Henshall and singer Russell Watson will arrive in the castle, and we hear Russell is even more scared than the 30-year-old DJ. Watch it all unfold over the next few weeks abroad live on ITV every evening at 21:00 UK time or catchup on the last episode on ITV Hub via your WatchUKTVAbroad.net connection.

Not a subscriber yet?